“It’s like going to a fight with a gun without bullets.” A manager’s post-match interview is a decent advertisement for the health of his team and the problem for José Mourinho is that his lament after Spurs’ toothless defeat to RB Leipzig will, most likely, apply to the rest of their fixtures this season. Saturday brings something of a level playing field, though, given Chelsea are hardly laden with attacking depth. Tammy Abraham is struggling to be fit and Frank Lampard may have to go again with Michy Batshuayi or, given his good display off the bench against Manchester United, Olivier Giroud. In a parallel universe, Chelsea signed the forwards they wanted in January and allowed Giroud to fill a gaping hole at Tottenham. Instead, nobody feels satisfied and both sides find themselves feeling the heat of rivals making ground beneath them in the race for Champions League places. What price Giroud popping up with the winner – just as he did in a north London derby in 2013 – and forcing Mourinho to bemoan his threadbare set of options again? 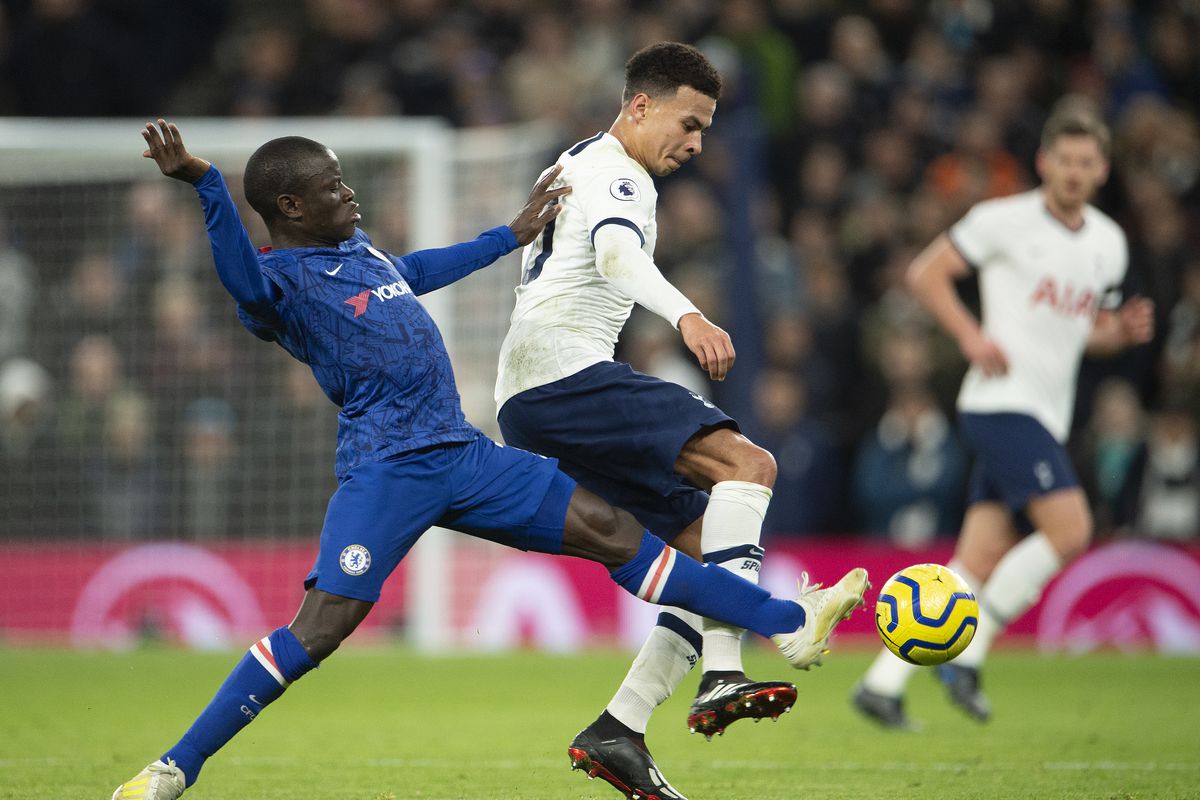 Watford sparked a mini-resurgence with victory over Manchester United just before Christmas. After four winless matches they could really use another. They could be boosted here by the return of record signing, Ismaila Sarr, whohas been restricted to 11 starts this season. Watford have won four of those, and look a side transformed when they can benefit from the Senegalese forward’s pace and directness on the right. The front three of Sarr, Gerard Deulofeu on the left and Troy Deeney in the middle looks capable of saving the club from relegation should they stay fit, but without any one of that trio the team looks immeasurably poorer.If Watford’s results in those 11 games were extrapolated over a full 38-game season, they would end up with 52 points; if their results in 15 matches without him in the starting lineup were mirrored across a season they would finish with 23.

Exactly two months ago, Mikel Arteta and Carlo Ancelotti watched their new teams from the Goodison directors’ box and might have been forgiven slipping off to the nearest hostelry well before half-time. The goalless draw was comfortably one of this Premier League season’s worst games but it is not unrealistic to expect far more entertainment from Sunday’s rematch. While both Arsenal and Everton – who endured disastrous first halves of the season – remain deeply flawed, the statistics tell a tale. Between them, the new managers have lost only two of the 16 top-flight games. Both can now glimpse a European place previously out of the question and anyone who takes the three points this time will sense the wind in their sails. Ancelotti’s side, with three wins and two draws from the last five, are in the better form and have not had a Europa League tie in Greece to contend with. But Arsenal showed the right blend of defensive stability and attacking fluency against Newcastle and passing this test would suggest the Arteta revolution does have legs.

4) A battle of bottom of the class

There are people – many of them adults – who deem those seeking to take over football at any cost more likely truth-tellers than an independent body of legal experts with access to relevant evidence. Such is football fandom and such is the loyalty that has been manipulated by multi-billionaires casting themselves as plucky outsiders. Such is politics that we are intimately familiar with the strategy, but these particular circumstances have now changed. It is eminently possible that repurposed outrage inspires an excellent team to become even better – what better way to stick it up Uefa than by winning the Champions League? – but equally possible that righteous indignation becomes distracting. With, er, all due respect to West Ham, a home game against them was unlikely to be revealing, but a visit to Leicester – without a league win over anyone but West Ham since New Year’s Day – will show us plenty about their immediate prospects.

There are few portents more troubling for a team than home defeat to West Ham, and that is exactly what happened to Southampton in mid-December to leave them third-bottom. But since then they have been superb, winning at Villa, Chelsea, Leicester and Palace as well as beating Spurs at home, a run which has taken them 12th. Nevertheless they remain just seven points above the relegation zone and they have now gone a month without a win. In Aston Villa, they will find a team not only desperate for points, but one fluid enough to pick the spaces in Southampton’s 4-2-2-2 formation. Saints have lost eight home games so far this season, more than any team in the league, and Ralph Hasenhüttl said this week that the pressure created by the crowd is difficult for his players. This was not wise, because if you offer people an excuse, there’s every chance they will accept it. He and they must acknowledge that no one is responsible for performances, apart from him and them.

Twelve games left, and Bournemouth are two places and two points outside the bottom three. They have played six of their last seven games against the other members of the bottom six, a run which featured two wins and five defeats, and with their remaining matches including fixtures against eight of the top nine and none of the strugglers. Burnley, on the other hand, still have to play seven of the bottom eight and though they remain – on goal difference – in the bottom half they are just two points off eighth, five from sixth, and their main problem at the moment seems to be in keeping down talk of another European campaign. In Matej Vydra they have a striker who brought a miserable personal run to an end at Southampton last Saturday, his winner meaning he took part in a league victory for the first time this season – at the seventh attempt.

Wolves remainpoised for a tilt at the top four although it is worth pointing out that, since beating Manchester City in December, they have only won once in seven top-flight games. Norwich’s porous defence offers hope that they will put that right, and there is also the fact that Sunday’s visitors desperately require points. Daniel Farke’s team can hardly be accused of not “going for it” and it is hard to think of a more enterprising side that has languished seven points shy of safety at this stage. Their strength is to go hell for leather and that is why, having benched him for the last two games, Farke needs to recall Emi Buendia. The Argentinian can frustrate defensively but his creative gifts are impossible to ignore: he is a chance-creating machine, most measures placing him comfortably in the division’s top five, and it is hardly his fault that teammates tend to miss a fair chunk of them. It is no exaggeration to say Buendia can weight a through-ball as well as anybody; the shackles need to come off now and give Norwich hope of an unlikely escape – even if it also gives Wolves a greater chance of ending their mini barren run.

9) Blades stunner not out of the question

To praise Sheffield United is now cliché, and there is no greater praise than that. So, rather than look at what they have done, it is incumbent upon us to look at what they can do: qualify for the Champions League. Currently, they lie sixth, two points off fourth, and the teams immediately above them meet on Saturday. Nor is that all. Chelsea are struggling; Spurs, who’ve been sneaking results despite themselves, will be without their two best players until the end of season; and so might Manchester United, who sit immediately below them. Which is to say that if Blades remain focused through a run-in that is far from daunting, they have every chance of securing the top-four or top-five finish that would not only rank as one of the great achievements of the Premier League era, but would restore some faith in its legitimacy as a concept.

David Moyes was not wrong to point out, after West Ham’s passive 2-0 defeat at Manchester City, that goal difference could be decisive in the relegation battle. There is little to separate the teams placed between 16th and 19th, in particular, using that metric so it is certainly some consolation that the Hammers avoided a thrashing. But what if they had a bit of a go and asked questions of a side that could have been forgiven for feeling a little distracted? Points are what really matter and Moyes’s side are running out of opportunities. How will they meet the challenge of silencing Anfield by ending Liverpool’s pretensions to domestic invincibility? Realistically we can expect more of the same but it would be refreshing if West Ham decided to test their opponents’ nerve. The title may effectively be sewn up but the pressure to finish undefeated, and perhaps be the best top-flight side of all time, might start playing on the hosts’ minds as the prospect approaches. Liverpool have been far from their best over the past two games, so a competent opponent could yet end the dream.